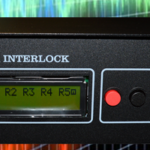 The Interlock is an equipment designed to be used by contesters where they need to check, supervise and limit, how many radios are in transmission at any given time. There are contests where you can participate as a Multi/Single where a single signal may be present in an instant in the air; or Multi/2 where you can have a maximum of 2 signals simultaneously in the air. The Interlock is responsible for overseeing just radios are in transmission and can block the radios that require it. For this it is necessary to connect 2 signals between each radio and Interlock: PTT and Inhibit. With the PTT the interlock detects which radio is in transmission through the Inhibit, the radio can be locked – in case it’s required. Radios as Yaesu or Elecraft (K3) – that support this inhibit signal – are easy to interface with the Interlock, since they are Plug & Play. Other radios do not exhibit this signal, can also be used, but in these cases should do pass the Key signal – CW – or microphone signal – SSB – through a box with relay; in stand-by the relay passes the signal to the radio, but when activated prevents the signal from the radio so then there will be no transmission. It’s available the Aux Box for those equipments that don’t include the inhibit signal as Kenwood or ICOM.

The interlock can act in the following environments:

How does it work

The Interlock equipment supports 5 Radios (R1, R2, R3, R4 & R5) and can be programmed as: M/S or M/2. It monitors in real time only one (M/S) or two (M/2) signals are at the same time in the air. If it detects a violation, it will block immediately one of them by activating the inhibit signal and cause one of the radios remain without transmitting signal.

Yaesu radios or Elecraft (K3) include a signal called INHIBIT, which will be used by the Interlock to perform blocking. When radios that have this signal is used, the interface between Interlock and radios is very simple. Other radios that do not have this Inhibit signal can also be used, but in these cases we must pass in CW Mode the Key signal or in SSB Mode the Microphone signal by a relay box; In standby the relay lets the signal pass to the radio, but when activated, prevents the signal from entering the radio, so there will be no transmission on that radio. Two of the 5 Radios can be programmed as Inband Radios (R4 & R5) being associated with a Main Radio (R1, R2 or R3). Partners “Main” and “Inband” has an important feature: only one of them may be transmitting at the same time, for what has a high priority task that performs this oversight. Each connected Radio is programmed with a priority level (value 1-5) and Interlock uses this parameter to determine which radio “wins” and which radio “lost” in this case activating the inhibit. If it needs to inhibit a radio and both have the same priority, blocking is carried out by the criterion: “Last passed TX, First to be blocked “.

The Interlock includes a windows program called: IM that could be installed on any computer. In this way, each contest operator can monitor the status of the Team. Also any operator can change the priorities of the Interlock during the contest. The IM includes the “always on” feature, so the program will be all time Foreground. It’s compatible with Win-Test, N1MM, DXLog, etc.

Microcontroller: The Interlock uses a Flash microcontroller @ 48Mhz. 5 Radios supported: It supports till 5 Radios, 2 of them could be configured as InBands. Supervision and Monitoring:  A program called: IM is included with the product. It can be installed on any computer of the network. The program will monitor the status of all radios and will allow to the user to change the priorities of the Interlock. Response times: The average response time provided by the Interlock between the appearance of an active signal and the inhibit is less than 0.3 milliseconds (0.0003 seconds) USB native: The microcontroller includes a fully featured USB that is compliant with the USB Specification Revision 2.0. z. Bootloader: It includes a self programmability; it means that it can update itself a new firmware version. Any O.S. supported: Tested and working in Windows (XP, Vista, Win 7, 8 & 10), Linux and Mac OS X.

Those equipments include an Inhibit signal, so a simple cable between the Interlock 5R and the equipment is enought for all the control 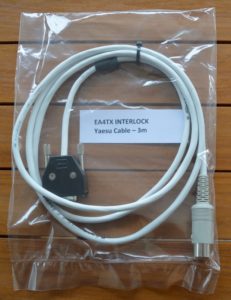 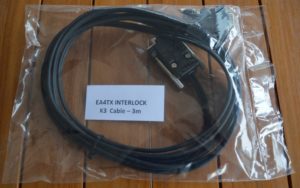 Universal box that allows to use any equipment that does not include the Inhibit signal like for example Icom or Kenwood.

This switch 2 antennas in 2 radios is perfect for operation with a second radio in the same or different bands. The Interlock 5R automatically manages the switch allowing the second radio to use the main antenna while switching the antenna 2 to the main radio. 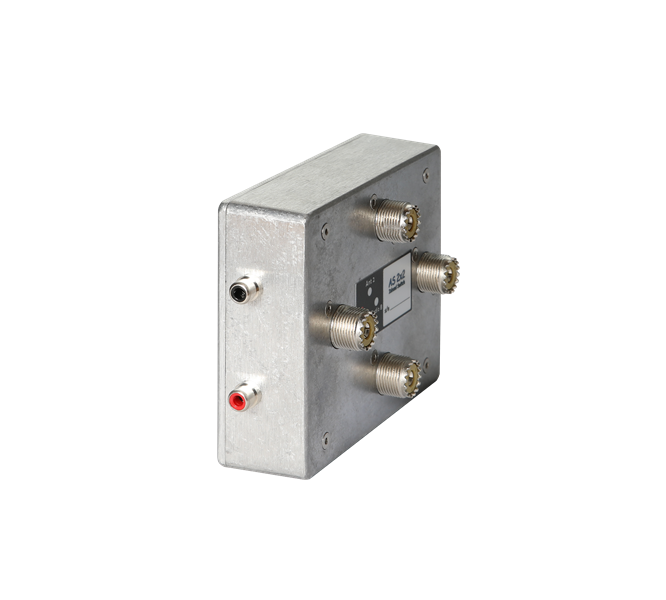 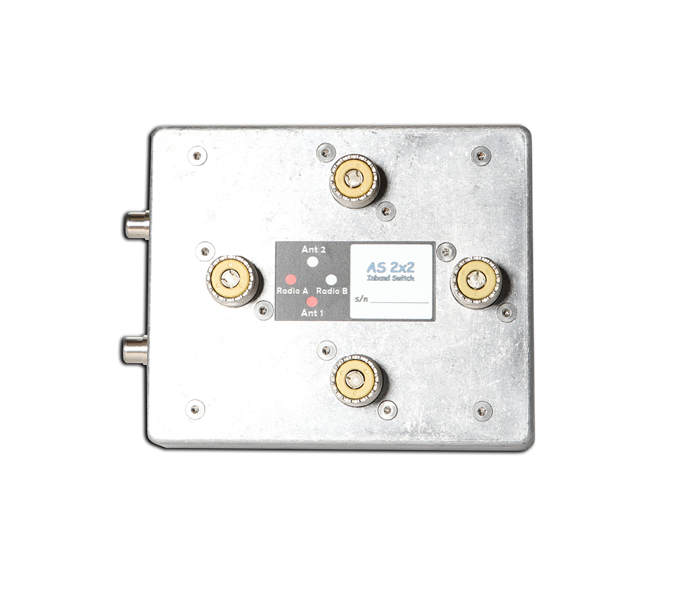 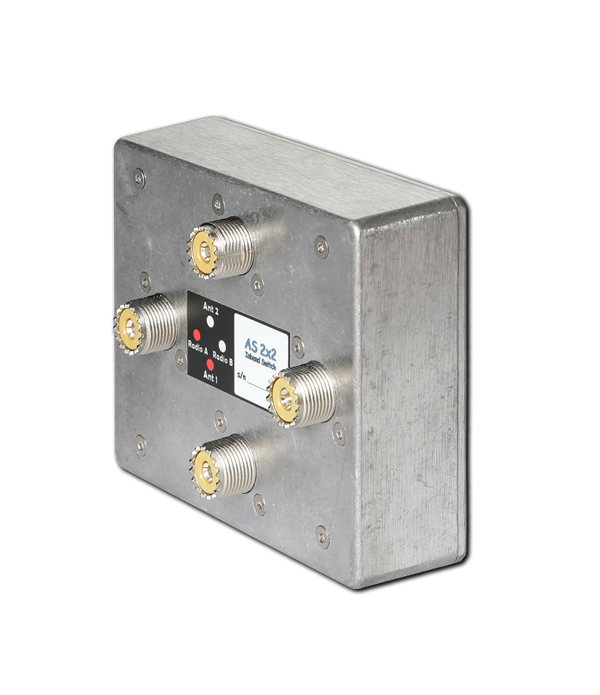 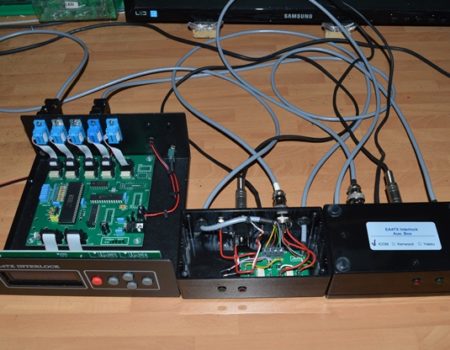 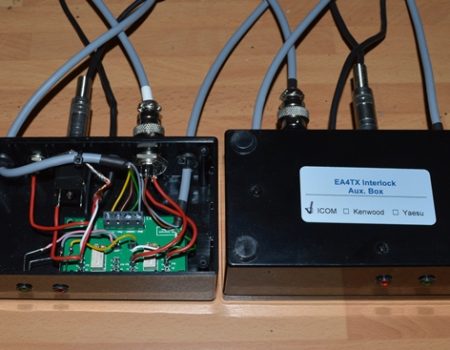 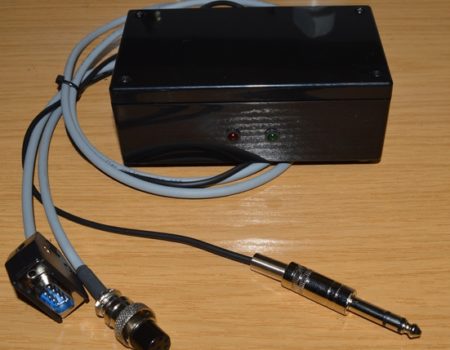 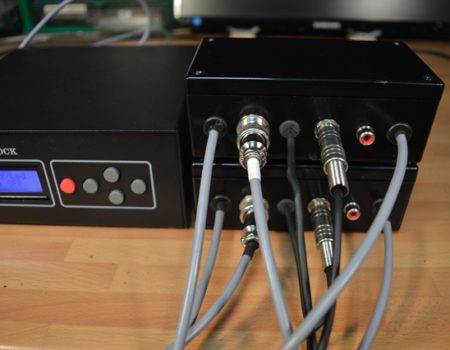 Some of the possible schenarios are:

Just to let you know we used the EA4TX interlock and 2×2 antenna switch for the first time at VP5M in the 2020 ARRL DX SSB contest. The system worked great for both out of band and in band hardware control of the two K3’s with the 2×2 antenna outputs going to the SixPak. All of the operators were happy to avoid conflicts and the risk of accidentally putting two signals on the air at the same time.

The setup was easy and intuitive. I added the homebrew signalling box so the 2×2 was de-energized when not operating in-band and the status was clear from LED’s.

During 2015-2016 IARU Contests, EF4HQ Team have used an Interlock HQ version. This version was operational via Internet and the Central Console was monitoring all Band/Modes (Slots) so only ONE signal peer slot was allowed. This is a short video of the Monitor program at the central site: